I am growing increasingly tired of the circular nature of arguments about climate change. People who are supposedly ‘sceptical’ only have four arguments, which are as follows: (1) It ain’t happening; (2) It ain’t us; (3) It ain’t bad; and (4) It ain’t worth fixing. However, climate change is happening, human activity is the primary cause, it is going to be bad, and, if we don’t fix it, the sixth mass extinction now underway will kill the majority of species on the planet. This is the settled opinion of the vast majority of relevant experts. Dismissing their opinions can only be justified by one of two basic kinds of conspiracy theory: Scientific conspiracy theories: ‘Scientists are just trying to perpetuate their research funding’ (etc). Political conspiracy theories: ‘The ‘IPCC is just trying to subvert national government via the UN’ (etc). Unfortunately, when you point this out to conspiracy theorists, they don’t like it. This is because, sadly, they are in denial about being in denial. 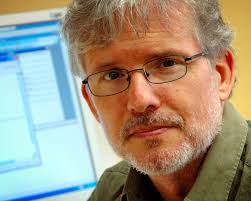 In 2012, Stephan Lewandowsky et al published research – in the Psychological Science journal – highlighting the fact that rejection of the scientific consensus regarding primary human causation of ongoing climate disruption correlates very strongly with invocation of conspiracy theory explanations for other things: NASA Faked the Moon Landing—Therefore, (Climate) Science Is a Hoax: An Anatomy of the Motivated Rejection of Science. In response, the conspiracy theorists who got annoyed at being labelled conspiracy theorists, invoked conspiracy theories in an attempt to discredit the research. Lewandowsky et al were so astonished by this that they published a second ‘Recursive Fury’ article – on the Frontiers journal website. Now, over 12 months since the latter was removed from the website – because of threats of legal action from conspiracy theorists – the Frontiers journal have taken the extra-ordinary step of retracting the article’s publication (in their journal) altogether. Fortunately, the article remains on the website of the University of Western Australia (PDF) – who have accepted that it is valid, ethical and legally defensible. As a result of events last week, however, things are not looking good for the Frontiers journal, as I will now attempt to explain: On the 21 March this year, the Frontiers journal retracted the ‘Recursive Fury’ article, despite finding no ethical flaws in the research: citing legal ‘issues’ raised by the climate change deniers that had objected to being labelled as conspiracy theorists. Last Friday, however, in response to objections from a variety of academics – including one who peer-reviewed the article prior to publication, which appeared on The Conversation blog and was reprinted on the Scientific American website – the Frontiers journal published a second statement asserting that they had not been threatened by legal action and dismissing the research by Lewandowsky et al as invalid (despite having previously stated they had found the research to be ethically and legally defensible). If you want to catch up on the back story to all of this (before things get interesting for the Frontiers journal), please read the excellent summary by Graham Redfearn on DeSmog blog. It would seem to me that both Lewandowsky and those that peer-reviewed the Recursive Fury article have little choice now but to sue Frontiers for defamation of character. ———— UPDATE (1215 GMT Monday 7th April 2014): Stephan Lewandowsky has issued a very polite statement demonstrating how hard it is to reconcile the second Frontiers statement with the facts of history (as documented by the article’s authors and reviewers): Revisiting a retraction
Advertisement