Living on the edge of an Environmental breakdown! 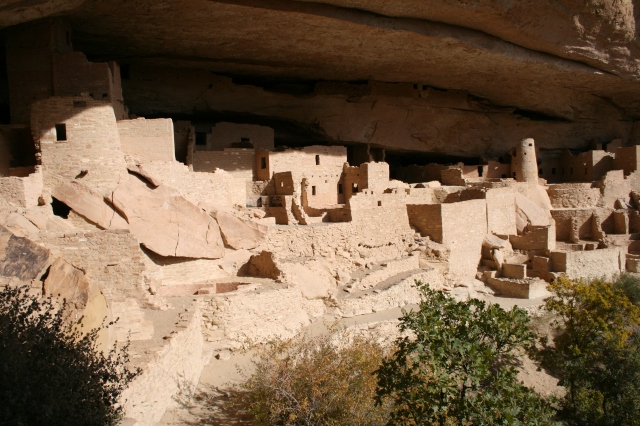 I have just finished reading Derek Wall’s No Nonsense Guide to Green Politics, which was a very enlightening skip through the history of Green politics as well as some of its more esoteric recent developments. Amongst the most interesting facets to this book is the way in which Cuba is held up as an example of success: Cuba undoubtedly has its critics (as does Venezuela and Bolivia) but, following the disappearance of subsidised Russian oil in 1990, Fidel Castro was forced to embark on radical programme to make Cuba energy-independent. As Wall notes, Cuba is the only country in the world to have achieved a form of sustainable development (i.e. reduced its ecological impact whilst raising living standards) without using carbon trading or carbon taxes (i.e. by embracing the principles of localism and permaculture).

Unfortunately, this has meant that Cuba’s success has been ignored by policymakers because of what one might call its “political incorrectness” or, as Wall puts it, because its success “did not generate income for bankers”! As well as being deeply critical of globalised Capitalism and growthmania, Wall is at times painfully honest about the failings of Latin American ecosocialism. For sure, he highlights the good things that have been achieved by the likes of Bolivia’s indigenous President Evo Morales (at home and abroad), but he does not shrink from pointing out that Bolivia is currently heavily-dependent on exporting Gas and, in Venezuela, Hugo Chavez’s ‘Marxism for the 21st Century’ is bankrolled by Oil exports. However, in a rare omission, Wall fails to mention that Chavez also manipulates demographic data to hide the appalling poverty and worsening inequality in Venezuelan society; whilst simultaneously retaining the docility of his own citizens by selling fuel to them for just a few centimos per litre.

Nevertheless, the most challenging parts of Wall’s book are the bits where he talks about the future: In so doing, he makes repeated reference to Jared Diamond’s Collapse: How Societies Choose to Fail or Succeed (2005), which, coincidentally, also formed the basis of a programme recently re-broadcast on the National Geographic channel in the UK, entitled Doomsday 2210?. As the name suggests, the programme focused on what the Earth could be like in 200 years time if humanity does not wake up to the fact that its environmental bank account is hideously overdrawn; and that it must now at least begin to try to live within the Earth’s environmental means. Having won the Pulitzer Prize for his Guns, Gems, and Steel book in 1997, in which he examined the reasons for the current supremacy of ‘Western’ civilisation, Diamond’s 2005 book examines what we can learn about the collapse of a range of previous societies including the fall of the Roman Empire in the 5th Century AD; and the disappearance of Mayan and Anasazi civilisations just under 1000 years ago: His conclusion being that they were all partly victims of their own success.

However, whereas Rome fell because it ran out of fuel (i.e. slaves), the Mayans abandoned their cities because they ran out of food, and the Anasazi abandoned Chaco Canyon because they ran short of water. (The Mayan’s may also have hastened their own end by adopting a practice of human sacrifice to placate angry gods – polluting their own water supply in the process.) So what should we learn from all of this? Well, firstly, it is clear that Limits to Growth exist and, if not anticipated and/or acknowledged, have caused – and can and will cause – societal collapse. Secondly, although collapse (or abandonment of individual locations) can be sudden, it is also possible that it will be preceded by a period in which those holding political power spend evermore greater sums of money maintaining their power; rather than tackling the environmental problems that are destabilising them.

I think this latter point is the most scary because it chimes with Herman E Daly’s spectre of uneconomic growth, which is the “elephant in the room” for supporters of globalised Capitalism: No-one is willing to acknowledge the insanity of pursuing perpetual quantitative growth on a planet with finite physical resources and waste absorption properties; and thus not prepared to even consider the wisdom of pursuing qualitative development instead. Therefore, even once we have won the battle against those that deny that climate change is happening, I think the majority of our political leaders are going to continue to deny that globalised Capitalism is the real impediment to solving our environmental problems.

Therefore, if we can learn anything from history it is that those who do not adapt to their changing environment do not survive: Unless globalised Capitalism is reformed, I think there is good reason to be concerned that, by resisting change for as long as possible, it will ensure that its own failure will be more sudden and cataclysmic than it needs to be. Furthermore, whilst I do not believe that radical revolution or anarchy is either necessary, desirable or inevitable, I do believe that the more prudent path would be to acknowledge that not everything about globalised Capitalism is good; and not everything about supposedly-Marxist Cuba is bad. We must find a third way; and I believe that third way has been provided for us by Green politics, which I believe should legitimately be accepted as being “neither left nor right but out in front”!

7 Responses to Living on the edge of an Environmental breakdown!